Phrases used in one corner of the globe may in fact hold different meanings in others. The phrase “Latin Lover” may seem to be a fixed notion in places like America, but not necessarily in Latin cultures. Say the word gift in the U.S. and you might get a smile, but in Germany that same word connotes ‘poison’, a far less welcome 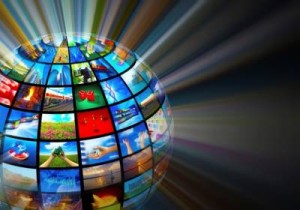 item. Describe a “bird” in Britain and an English person will imagine a lady while an American will imagine…well…a bird.

You add up enough of these misunderstandings and advertising campaigns can quickly crash and burn and even tag a company or product with a negative association for years.

Take for example the following multicultural marketing attempts that have flopped in the recent past:

There are so many cultural issues that must be considered when translating and culturally adapting marketing. Transcreation, or the process of adapting a message from one language and culture to another, while maintaining the original intent, style, tone and context is just one aspect of multicultural marketing. Other aspects include multimedia and website localization to ensure various forms of media, including a website, look and say in words and graphics what a company intends it to in different parts of the world. Overall, brand and advertising campaigns need to fit a culture, and to do that, words and an overall story used often have to be adjusted and viewed from different angles to assess suitability into each culture into which it will be placed. As part of this endeavor, linguistic teams including cultural experts, identify matches among words and concepts. As these processes of translation and adaptation occur, the following are some factors to consider.

While Americans might value individualism, other more collective-minded cultures, such as India, may find messages such as a motorcyclist enjoying the open road as being the ultimate form of happiness as an alienating idea and a misfire. Cultures that celebrate communion or collectivism on some level are more apt to appreciate a product enjoyed with two or more people or the sharing of an experience by a group.

Stereotyping is an equal opportunity offensive action across the globe. Few Americans want to be told their clothes and manner are “ugly” nor do British people schooled a certain way want to be told they sound like “snobs” or French people want to be forced to hold baguettes with cheese. Ideas must be tested through market research to assess their acceptance and to gauge reactions with members of groups. Clearly, some humorous examples where the stereotype is part of the joke might work, but when the stereotype is not part of the joke, they might push a prospective customer away.

Cultural attitudes differ on many subjects; therefore, marketing teams want to do their research to find out how to adjust messages in light of these beliefs and attitudes rather than to appear ignorant of them. In Arabic cultures, women are often covered, making certain types of clothing sales there difficult. In Sweden it might be suitable to market detergent to men in commercials as the country has standard paternity leave when men might be washing a baby’s shirt. Overall, the roles of men and women are quite different across the world so adaptation of language and images are a must in all aspects of marketing campaigns including brand names.

Other large life issues might be death or treatment of the aged or dying as well as comfort with uncertainty. Japan for example has been famously known as a culture in which people seek long-term employment relationships with less uncertainty. The U.S. on the other hand might put advertisements for job placement agencies in a different light, given the frequency of their use in a culture in which people might change jobs every two to three years.

Marketing teams grappling with multicultural marketing have to understand what experience they are selling and to whom and for what desired result to be effective. Cultural knowledge and adaption is vital.