Japanese to English and English to Japanese Translation Services

Language Scientific provides high quality Japanese language services, supplying technical, medical and scientific translation, localization and interpreting into and out of Japanese. We are a US-based language services company serving over 1,500 global c 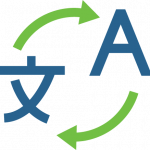 orporations. Our specialization, focus, industry-leading quality management standards and customer-centered attitude have earned us the trust of many of the world’s best technology, engineering, bio-medical and pharmaceutical companies.

We offer a unique depth of subject-matter expertise via our Advanced Scientific Knowledge network (ASKnetwork™) and globalization know-how for companies in the Aerospace & Defense, Chemical, Clinical Research, Energy, Healthcare, Industrial Manufacturing, Medical Device, Pharmaceutical, Technology and related industries. Our ASKnetwork™ of over 6,000 specialists comprises multilingual engineers, doctors and scientists working in over 75 countries on 5 continents.

Language Scientific’s unique Accreditation Program for Technical and Medical Translators, along with a rigorous Quality Management System, ensures the quality standards that our clients have come to depend on. Language Scientific is an ISO 9001:2015 and ISO 17100:2015 certified company.

At Language Scientific, we are driven by the mission to set the new Standard of Quality for technical translation and localization. It is this mission that drives our success and sets us apart as a company. When you need precise global communication, Language Scientific is the clear choice.

Japan is the only country in the world that declares Japanese as its official language. There are approximately 120 million speakers of Japanese living in Japan and another 3 million outside of Japan. Japanese diaspora, or communities of Japanese speakers, are most commonly found in Brazil, United States and the Philippines. However, communities of Japanese speakers can be found worldwide and are not limited to any specific region. Modern Japanese is written with Chinese characters and has been influenced by Chinese as far back as the 8th century.

Japanese is spoken with an honorific system. This means that the word choice varies depending on the status of person that is being spoken to. Although both Japanese and Chinese utilize the same writing system, the two languages are quite different and are not mutually intelligible. Japanese is categorized under the Japonic language family.

The islands of Japan have been inhabited by communities for thousands of years. One of the first known eras of ancient Japanese culture was the Jomon period. The Jomons that lived in Japan from 14,000 to 300 BC spoke a language that was completely wiped out upon the arrival of migrating communities that arrived in Japan sometime around the 2nd century BC. The language spoken by the Jomons was dissimilar to the early dialects of Japanese, which were brought over by settlers from nearby Asian civilizations. However historians dispute this point in Japanese prehistory because a writing system had yet to be implemented to the spoken language.

It was not until the 8th century, or Old Japanese period, that a written system was applied to these early Japanese varieties. Man’yogana was the first documented writing system to the early Japanese language of which the Kojiki is the primary source of evidence. The Kojiki, written during the 8th century, is a document that holds songs, poetry and myths of ancient Japanese culture.

Starting at the transition between the Old Japanese and Early Middle Japanese periods, the Chinese language was introduced to Japan. Specifically, the period that experienced this early outside linguistic exposure was the Heian period spanning from the 8th century to the 12 century. The grammatical structure and lexicon of the Japanese language during the Heian period was greatly influenced by Chinese. This initial introduction of Chinese to Japan resulted in the addition of certain phonetic structures to the Japanese language. Following the Middle Japanese periods is Modern Japanese which is the current phase of Japanese.

The Modern Japanese era began in the 17th century with the Tokugawa family coming to power during the Edo period. The culture of modern Japan was centered around the city of Edo, which has since been renamed Tokyo. As a result of this metropolitan area being the center of Japanese culture during the 17th and 18th centuries, the dialect of Japanese that was formed in Edo became the Standard Japanese dialect.

Tokyo is the capital of Japan and one of the most densely populated cities in the world. Tokyo developed out of the small fishing village of Edo during the 17th century. The Emperor of Japan along with the Japanese government are located in Tokyo.

Language Scientific has been providing medical translation services to Clinical Research Organizations (CRO) for over 10 years. Our customers in the clinical research industry include Quintiles, PharmaNet, SYNARC and PRA International. We translate a wide variety of medical documents from Protocols and Pharmacological Studies to Informed Consent Forms, Patient Questionnaires and Interactive Voice Response (IVRS) prompts.Learn More

We are a leading provider of specialized medical translation services in the United States. Pharmaceutical companies, clinical research organizations (CROs) and biotechnology firms have come to rely on us for translation of their most critical documents. Our unique Methodology of Quality Management for Medical Translation that clients depend on delivers consistently clear, accurate translation of high-value information.Learn More

Language Scientific is a leading provider of medical, engineering and technical translation services in the United States. We have an experienced team of medical translators and editors with impeccable linguistic skills, technical writing expertise, and most important, professional degrees such as MD and PhD, in all major areas of life sciences, biomedical engineering and medicine.Learn More

Pharmaceutical companies, clinical research organizations (CROs), manufacturers of medical and surgical devices, biotech companies and healthcare managers have come to rely on Language Scientific for translation of their most sensitive documents. Our unique methodology that clients depend on delivers consistently clear, accurate translation of high-value information.Learn More

Schedule a free consultation with an LS Expert