What Is The Difference Between Translation And Interpreting? 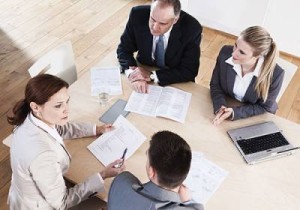 Perhaps the most frequent question we get asked is “What is the difference between Translation and Interpreting?” Many people use the terms interchangeably, which only increases the confusion, when in reality they are two distinct things that don’t need to be confusing at all.

While linguistic and cultural skills are critical, the most important quality a good translator must have is the ability to write well in the target language. Skilled translators must have the ability to understand the source language and the culture of the country where the text originated, then using a good library of dictionaries and reference materials, to render that material clearly and accurately into the target language.

Even bilingual individuals can rarely express themselves in a given subject equally well in both languages, and many excellent translators are not fully bilingual to begin with. Knowing this limitation, a good translator will only translate documents into his or her native language.

When choosing a translator it is important to insist that the translator only translate into their native language and into an area of their subject matter expertise.

Interpreting is an oral form of translation, enabling real-time cross-linguistic communication either face-to-face, in a conference setting or over the phone. It can also be called oral translation, real-time translation or personal translation. This is the process where a person repeats what is said out loud in a different language.

Interpreting, just like translation, is basically paraphrasing—the interpreter listens to a speaker in one language, grasps the content of what is being said, and then paraphrases his or her understanding of the meaning using the tools of the target language. An interpreter changes words into meaning, and then changes meaning back into words—of a different language.

An interpreter must be able to translate in both directions on the spot, without using dictionaries or other reference materials. Just as you cannot explain to someone a thought if you did not fully understand it, neither can you translate or interpret something without mastery of the subject matter being relayed. To be effective, the interpreter decides how to best convey both the meaning of the words and the context in which those words were used. This requires a high level of expertise in a subject area, current knowledge of different cultures, and a great deal of experience.

There are 6 major types of interpreting, including:

When choosing an interpreter, expert knowledge of the subject matter is equally as important as interpreting experience. Interpreters must have extraordinary listening abilities. In addition, interpreters must possess excellent public speaking skills, and the intellectual capacity to instantly transform idioms, colloquialisms and other culturally-specific references into analogous statements the target audience will understand.

Not All Languages Have a Direct Translation to Interpreting Correlation

Examples of Translation Versus Interpreting

A manufacturing company may hire translators to translate their user guide or instructional manual for a particular product into multiple languages, let’s say German, Korean and French. However, when speakers of those languages call in to the customer service center and want to discuss the products in their native language, then interpreters would be used to facilitate the conversation.

A pharmaceutical company may hire translation services to translate their marketing collateral into Spanish. However, when a Spanish speaker dials into an English-speaking call center, they would need an interpreter to discuss ordering the product.