After over 40 years of negotiating, a single European patent system has been developed that makes protecting intellectual property (IP) easier, more efficient and cost effective. This new system 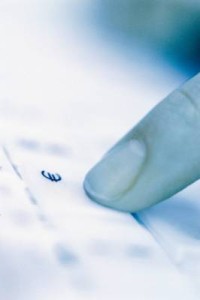 will grant one patent to cover the 25 countries that are joining and endorsing the new system. This Unified European Patent system reduces translation requirements and maintenance fees, while establishing a common litigation system that is valid for all member countries.

The new Unified Patent Court Agreement was endorsed by European Parliament on December 11, 2012 after years of debate and goes into effect on January 1, 2014.

The new European patent system establishes three official languages: English, French and German.  Any patent that is written and submitted in one of these languages and is granted through the European Patent Office in Munich becomes automatically valid for all 25 countries across the system.

This eliminates the need to translate a single patent into multiple European languages while negotiating each country’s patent law nuances.

Where new Patent Law is not valid

Not all European countries have joined this new unified European patent system. Spain and Italy, representing two of Europe’s largest markets, have rejected joining because Spanish and Italian are not specified as official languages.

This means companies wishing to do business in Spain and Italy must still translate their patents into Spanish and Italian and apply under their individual respective governments for a patent.

This single patent system reduces translation, maintenance and litigation fees. It is estimated that this unified patent system will save roughly €32,000 ($41,500) per patent (compared with the current system), with the cost of a patent under the new law to be around €4,700 ($6,200). To obtain patents covering all of Europe, Spain and Italy the costs would be about €6 500 ($8,400). Throughout Europe, the new patent system is estimated to save businesses between €150-290 ($195-247) million annually.

Under the current system, companies must bring litigation to national courts making it cost prohibitive for smaller organizations and perplexing when different nations decide different findings.  Companies must defend their patents country by country, and often cannot afford to challenge larger organizations that ignore their patents with litigation in each country. The new law makes it both easier and more affordable to challenge and defend Intellectual Property.

When the new Unified European Patent Law is fully implemented, then under a single application a business will be able to acquire, register and maintain a patent for the majority of European Member States, and have access to a single litigation system. The European Patent Office will be responsible for dispensing patents, collecting maintenance and renewal fees and distributing these fees to all national patent offices.

Unitary patent applications may be filed once legal provisions are enforced and 13 countries have ratified the new system (including Germany, France and the United Kingdom), which is anticipated sometime after February 2013. The first unified patents covering all EU member nations are expected to be granted in 2014.